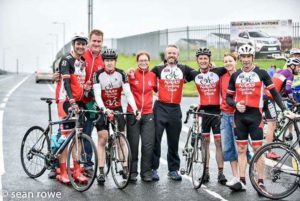 Congratulations to EOIN HICKEY who took 4th place overall after an extraordinary weekend of racing at the Wexford 2-Day. The success came as the result of some good team work, during which the stage 2 Time Trial was annulled due to a timing problem. But a 3rd place in Sunday’s stage secured a high finish and a well-deserved upgrade to A3 for the team captain. 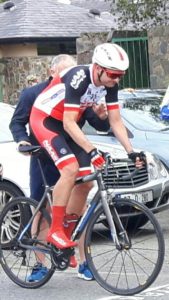 The weekend began poorly for the team as we lost our two most experienced racers early on; Emily-Anne Doyle was ill and had to abandon on stage 1, while Simon Wallace hit a pothole at 50kmh and failed to make it back to the peleton during the stage. However, Eoin, Martin Deevy, Paul Seery and Conor McCormack all came in with the reduced bunch and were set for the next stage. 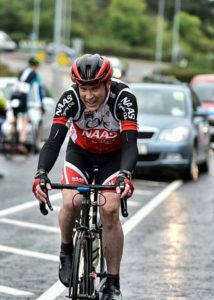 Simon Wallace battles through to the finish in Wexford

With no TT results, stage 3 took on much greater significance with 43 riders all on the same time heading into Ireland’s longest A4 race route in driving rain and high winds. A dangerous 3-man move were away after 60km but Eoin moved to the front and along with some other teams, gradually reeled them back by Enniscorthy. Heading back into the wind and rain towards Oilgate, Martin Deevy put in a tremedous pull on the front , taking Eoin and Conor McCormack into a great position into the very technical and difficult final 5km. Hitting the 18% slope and hairpins in Ferrycarrig, and avoiding two crashes and a motorbike in the ditch, Eoin hit the final 500m drag to the finish right to the fore, ending up 3rd behind overall winner David Holland (CuchulainnCC) and stage 1 winner Shane Walsh (Clonard RC) with Martin just behind in 12th.

Martin Deevy put in an outstanding 2 days of work, finishing 10th overall; Conor McCormack came 19th and Paul Seery 29th in their stage racing debuts which was a fine result too, while Simon battled to the very end in 50th place. 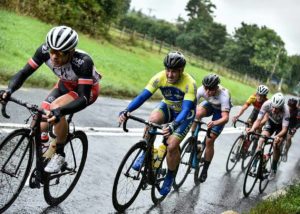 While in the A3/Jnr race, Pawel Bommersbach and George Kiely both got through some very tough conditions, Pawel finishing 10th best A3 overall, in a race dominated by some very good junior riders. It was good to see George return to stage racing as we look forward to building a team for Gorey in 2018.

Big thanks to Grace Goulding and Thomas Finnegan for all their support over the weekend. Nice to see our riders in the thick of the action too – many thanks to Wexford Wheelers for an interesting and enjoyable weekend. 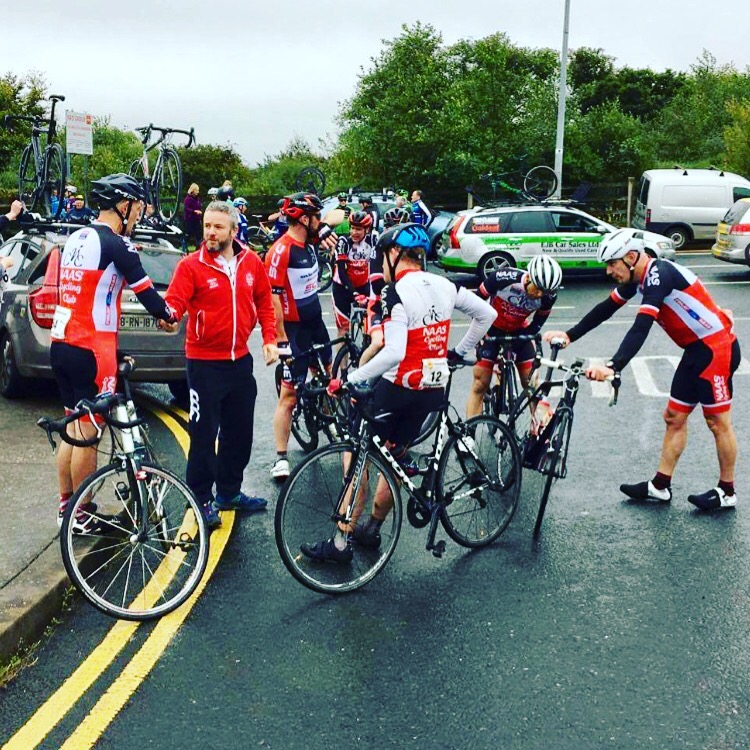 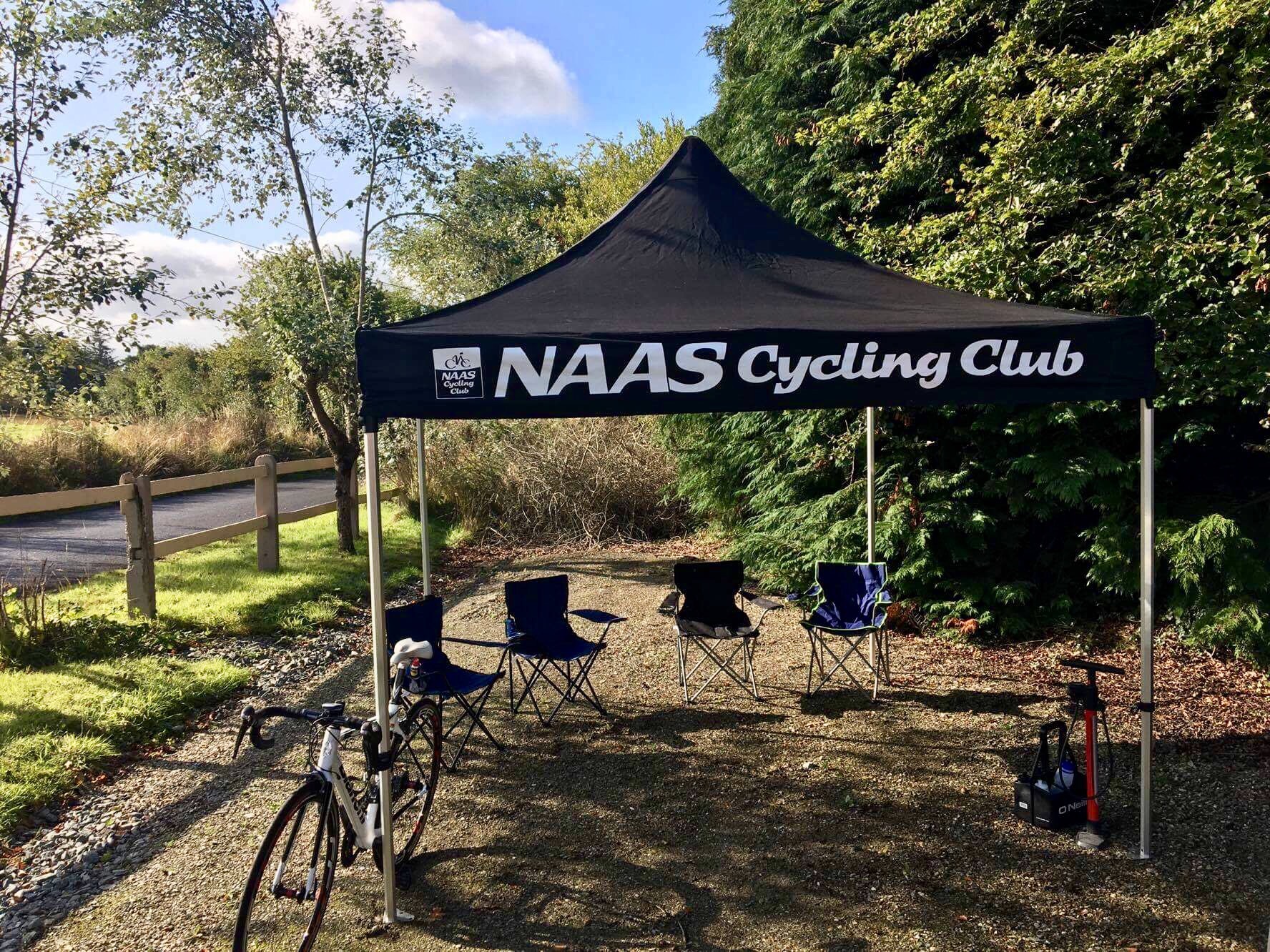 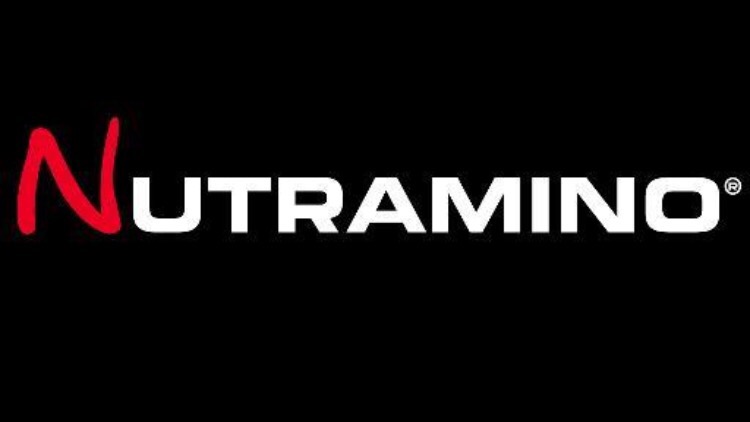 About the Author: Brendan Brady